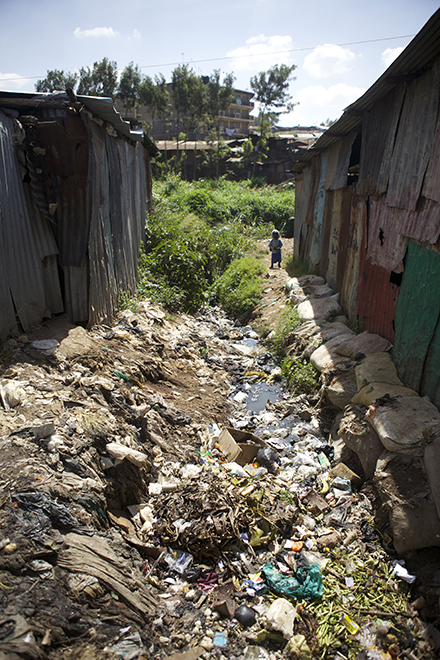 It was set up after Megan Wright, a British woman living in Kenya, visited a project working in Mathare Valley, Nairobi.

The conditions people living in were bad; Shanty towns of thousands of one roomed shacks squashed between poorly built high-rise flats. As many as ten people would live in these huts made of wood, mud and roofed with corrugated iron. No sanitation or legal electricity,  and limited access to running water. Babies and children would play in the dirt beside open sewers. Children often had to be abandoned at home whilst their parents or carers went to look for money and food. Megan realised that the challenges keeping some children from school in the informal settlements in Nairobi were the same challenges that some children faced in the UK; a family in crisis after a bereavement or a carer with mental health problems leading to a child being neglected. Yet, here in Mathare there wasn’t the safety net of social care and interventions. Megan and the Tushinde team decided to start a family support programme that looked at the whole family to help find lasting solutions. 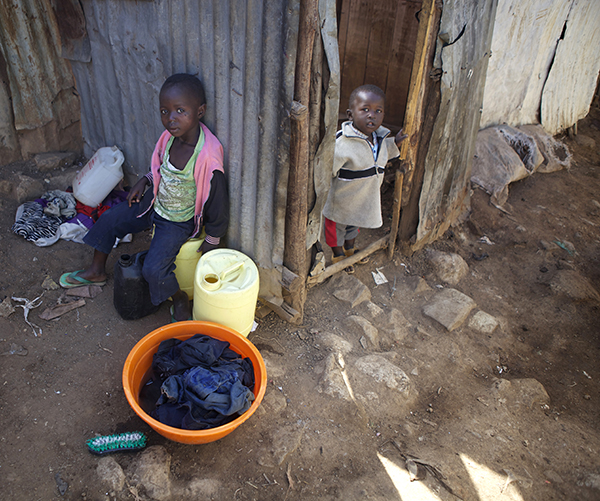 Often these children have lost one or both of their parents to HIV and are being brought up by relatives or neighbours.

With help from Laurie Bidwell and other volunteers in the UK, the children’s charity ‘Tushinde’ was formed with the aim of supporting families of vulnerable children either directly or through community based projects.

Tushinde is now well established in the Mathare and Kiambiu communities and has links with the schools, clinics and community groups in the area. We pride ourselves on our holistic approach to supporting children and families who would otherwise fall through the net of care available in the area.